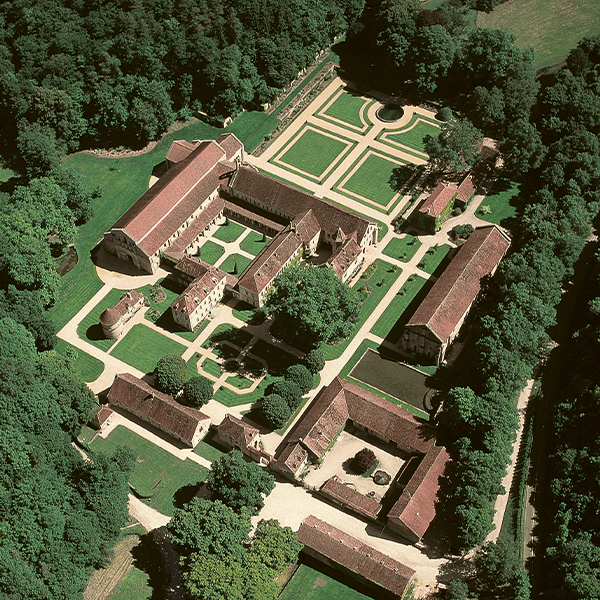 North of Burgundy, Fontenay Abbey was founded in 1118 by Saint Bernard of Clairvaux, a leading French saints, and is the oldest preserved Cistercian abbey in the world.

Classified French historical monument in 1862, it was declared World Heritage by UNESCO in 1981. It was one of the first French monuments to be on this list, which has distinguished the exceptional value, so all Abbey of Fontenay as its natural environment.

After the French Revolution, which led to the departure of the monks, it was taken as an industrial building, which has preserved all the Romanesque buildings: the abbey church, the monks’ dormitory, the cloister, chapter house the hall of the monks and the forge.

The Abbey is embellished with a landscaped park which was classified “Remarkable Garden” in 2004 by the National Council of Parks and Gardens. It is nestled in a fully preserved valley that stretches over 1,200 hectares.

The Abbey since 1820 is privately owned by the same family, pursuing the preservation of this exceptional site by opening it to visitors all year round. Each year it welcomes more than 100,000 visitors who come to admire the beauty and purity of a preserved architecture for 900 years and appreciate the peace of a deeply spiritual place